We’ve talked about how extroverts communicate. But outward-focused extraverts are only half the population — what if you’re not one of them? Are You an Introvert? Susan Cain’s wonderful book Quiet: The Power of Introverts in a World that Can’t Stop Talking has focused some welcome attention on introverts, and how society short-changes us. Cain END_OF_DOCUMENT_TOKEN_TO_BE_REPLACED

Many people have trouble talking about their achievements: Introverts can get nervous when the spotlight points our way; Many women have been taught to not “brag” about themselves; and People who are shy or have the Helper public speaking personality can worry that highlighting their own accomplishments will take credit away from the team. All END_OF_DOCUMENT_TOKEN_TO_BE_REPLACED

Lots of people have encountered the Myers-Briggs Type Indicator (MBTI).  In school or at a former job, they got handed a questionnaire with 93 repetitive items, were told to fill it out, and that was that. Or maybe somebody mumbled a few words to them afterwards about their type. That’s a shame, because when the END_OF_DOCUMENT_TOKEN_TO_BE_REPLACED

This is the third post in my series on the four public speaking personalities. We’ve talked about Reliables and Helpers, and today’s post is about the Improvers.  (For another  valuable angle on your public speaking personality, learn whether you’re an Introvert or an Extravert.) “If I Only Had a Brain” Just as Dorothy Gale, heroine of the Wizard END_OF_DOCUMENT_TOKEN_TO_BE_REPLACED

There are two kinds of great pitching: One happens on a baseball diamond. The other happens when employees, entrepreneurs — really, anyone in business — "pitches" a prospect, donor, influencer, or boss to get support for a project or an idea. If you work "outside the home," you've probably given a business pitch, and you'll probably give one again. (And if your work is raising children, you've probably pitched a toddler or two, but that's a topic for another day.)

Great Pitching Comes in All Shapes and Sizes

On one end of the spectrum, you have BIG pitches. These can feature lots of well-dressed presenters, complicated PowerPoints, beautifully printed handouts, gifts or novelty items for the prospective clients — everything but a marching band (and sometimes you'll get that, too). On the other end, you have INTIMATE pitches. These are often conversations, with a few people gathered around one computer to look at visuals and talk about a project. You'd think those two extremes would be worlds apart. But put aside the bells and whistles, and every successful client presentation or pitch follows these 3 Rules of Great Pitching:

Great Pitching Rule #1: The Pitch Is Not about You

You may have heard the old joke where someone says,

But enough about me. What do you think of me?

Lots of pitches sound like that. They're all about my credentials, what I've accomplished, and the fancy clients that swear by me me me me me. The problem is, you're pitching to people who want to know what "you" can do for them them them them them. Of course there are exceptions to this rule: But, in general, you're better off skipping a long discussion of your credentials, descriptions of your last 30 projects, and a list of your capabilities. Instead, go straight to...

Let's assume that, Your prospect would like to hear those thoughts! And sharing your ideas — even during your initial contact — is the most effective way to let your prospect see your skill, experience, and creativity. Here's an example: I recently spoke with someone whose organization was looking for a keynote speaker for a half-day department retreat. I was interested. But then she mentioned that my keynote would be followed by a group activity modeled after the TV show Shark Tank. Based on everything she'd told me, this didn't make sense. So I said,

I'm just curious: How committed to the Shark Tank format are you?

It's just an idea we're playing with. Why do you ask?

Bingo! I was now invited to explain (a) why Shark Tank was a poor fit for her event's goals, (b) how it was likely to be a logistical train wreck, and (c) what I thought would work better. Some would call giving that idea away "free consulting." But that explanation — that idea — was my pitch. I later gave her a written proposal, but that was just a formality. She made her decision during our discussion of alternatives to her Shark Tank idea. Her event, which I ended up facilitating, was a big success and fun for all, including both of us.

Great Pitching Rule #3. You Can’t Guarantee the Outcome, So You Might as Well Relax and Have Fun

In Public Speaking Tip 16: When It Comes to an Audience’s Reaction, Forget About Control!, I wrote that you can't make people think anything. You also can't make them approve your idea, or product, or service — no matter how well you pitch it. Here are some reasons why even the best pitch might not win: There are many reasons why you might not get a "yes" when you pitch — but your job is to go in there and give it all you've got anyway! And since the one thing you can control (besides the quality of your work) is attitude, make sure to keep yours upbeat, positive, and focused on having a good interaction with whoever you're pitching.

The Winning Attitude for a Pitch: Focus on the Gift

You wouldn't go into a presentation thinking,

I have to impress them!

That kind of desperate, self-pressuring thought can weigh you down, or trip you up. For the same reason, don't go into a pitch thinking,

I have to persuade them!

Instead, focus on the gift you're giving to your listeners. (Yes, your ideas are a gift to them!) Pretend this is just a regular conversation, and do what you probably do when you're just talking to people you like: And while you're at it, give them a sample of how you would go about solving their problem! [caption id="attachment_17347" align="aligncenter" width="1024"] 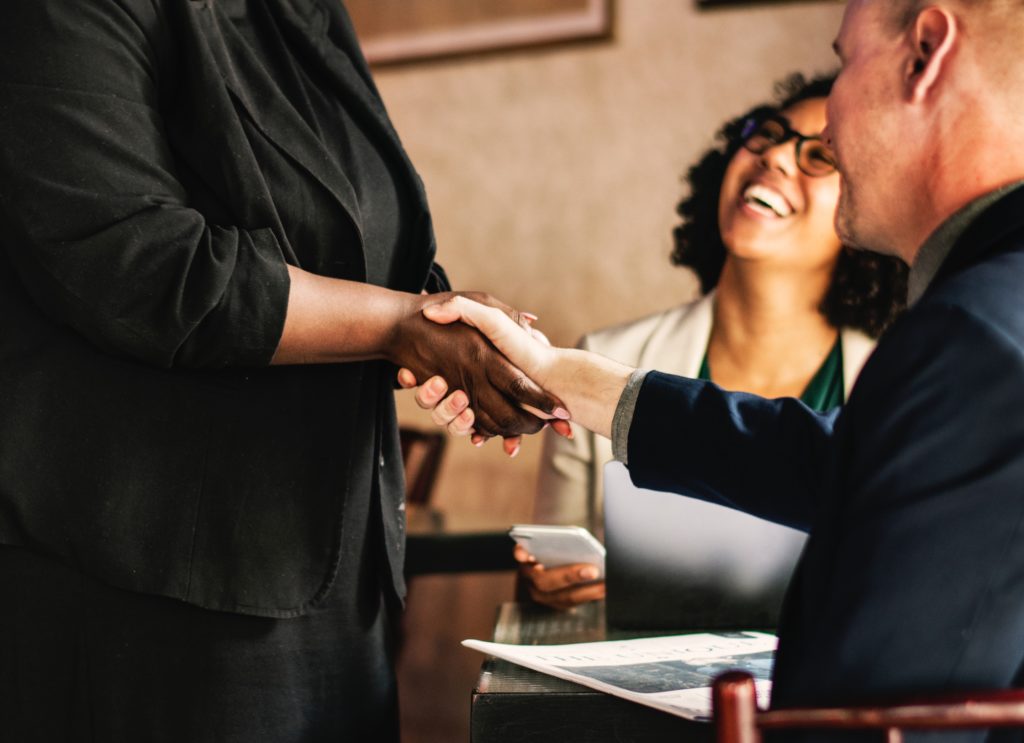