If you love action, immediacy, and “hands on” work, your public speaking personality might be Experiencer.

What’s up with that?

Well, it means that Experiencers often “can’t get no respect.” They’re the smart kids in school who get bad grades because they won’t sit still, or like to play class clown. They’re the military pilots and trauma nurses who perform heroically every day, but get paid very little because….  well, what’s such a big deal about saving lives?  They’re sales people, nursery school teachers, carpenters and musicians.

What they don’t tend to be are college professors and CEOs — not because they couldn’t do the work, but because manipulating abstract concepts is much less interesting to them than making things happen in the real, physical world. 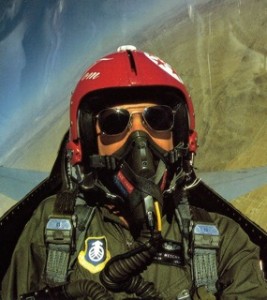 Like the Reliable public speaking personality, Experiencers are a large (38% of the U.S.) and influential group. But unlike their Reliable “cousins,” who are often rewarded with power, position and wealth, Experiencers are frequently underestimated.

If you’re not an Experiencer, don’t make that mistake!

So How Do You Talk to an Experiencer?

That was my big question when I was invited to speak to a mostly Experiencer audience several years ago.  I wrote about that experience in detail; but in general, when you talk to an Experiencer, talk:

Practically. You’ve seen by now that each public speaking personality has its own preferred style of input. Helpers want to hear the big picture. Improvers want to hear about the structure. Reliables want to hear the facts. Experiencers want the facts, too, but only the ones that have practical application.  An exhaustive review of every fact that’s known on the topic will… exhaust them.

Flexibly.  Just talk. Canned communication is suspect to this group. One of the things Experiencers excel at is flexibly changing course when reality demands it. That’s why they’re the people you want to follow if your building catches fire during a meeting. That’s also why someone who rigidly sticks to his script without incorporating the realities of the moment is not going to win their hearts and minds.

Concretely. My Experiencer godson — one of those smart kids who gets lousy grades — was happy to listen when I explained what he had to do to win over his teachers. But once he’d heard my concrete tips, he was ready to stop talking. His Helper Mom wanted to ask some questions about personality theory, but my godson had started to yawn by then, because abstract theories hold little interest for Experiencers.

If You Have the Experiencer Public Speaking Personality

For you, as for the Improvers, the big communications challenge is patience.  Telling other people to “cut to the chase” will often backfire, so how do you discourage others from what will seem to you like “extraneous” talk, particularly in a business situation?

Last but not least, remember that — whether you’re a Reliable, a Helper, an Improver, or an Experiencer — the point of understanding your Public Speaking Personality is to open up your choices, not limit them.

If you’re an Experiencer who wants to teach graduate school philosophy courses, or a Helper who wants to be a fire jumper, go for it!  The chances are good that you’ll succeed — not just because people who love their work do it well, but because your strengths will be different from most of your colleagues’, and your good work will stand out.

Do You See Yourself in These Descriptions?

If you’d like to learn more about how your Public Speaking Personality, or your Myers-Briggs type, impact you as a public speaker, contact me.