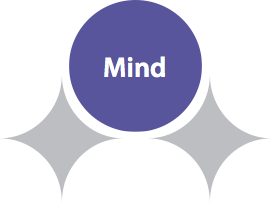 Most people have a mean, negative, undermining voice inside their heads. Like a parasite, this little voice feeds off your energy, sapping you as it strengthens itself. It’s been called:

I just call it your Nasty Little Voice.

You know the one I’m talking about, right?

It’s the voice in your head that likes to natter on about how stupid you are, or what a screw-up you are, or how nobody really likes you.

What Does Your Nasty Little Voice Have to Do with Public Speaking? More Than You Realize!

Lots of people don’t like public speaking — but that’s not true of their Nasty Little Voices.

In fact, public speaking is one of your NLVs favorite things.

That’s because the mere thought of public speaking is enough to make people feel vulnerable. And feelings of vulnerability are like a pulsing neon light that draws your eager NLV right in, so that it can regale you with comments like,

If you were nervous about public speaking before your NLV got going, just think about how great you’re going to feel when it’s done indoctrinating you!

Your Nasty Little Voice is NOT A Public Speaking Coach!

Your NLV is many things. A pain in the butt. A brick wall to bang your head against. A mountain you must climb if you want to succeed at anything. A challenge to your character.

But one thing it’s not is a public speaking coach!

It doesn’t have a clue about your public speaking strengths, and it’s out to make sure that you don’t discover, let alone develop, your own potential.

The truth is that your NLV doesn’t want to help you improve, let alone succeed. It’s more like a vampire (out to suck your lifeblood) than a public speaking coach who’s actually on your team, as this quick comparison shows:

Your NLV vs. Your Public Speaking Coach:

NLV: “That totally sucked. You went way too fast!”
Coach: “Slower would be easier to hear. Try silently counting to three between each thought.”

NLV: “John knows more than you do about this. He should be the one speaking.”
Coach: “This isn’t about knowing everything. It’s about bringing useful information to your audience, and you know more than enough to do that.”

NLV: “You speak English with an accent, so no one is going to understand a word that you’re saying.”
Coach: “You speak clearly and well. I don’t think your accent is an issue.”

NVL: “You HAVE TO impress this audience.”
Coach: “You have no control over the audience’s reaction. All you can do is give it your best shot.”

In each pair of comments, it’s clear that your inner coach (or your real-world speaker coach) has your back, while the NLV just wants to tear you down.

So who are you going to listen to?!

Managing Your Nasty Little Voice Takes Work, But You Can Do It

Your dumb-but-persistent NLV can wreak a lot of havoc, so don’t let it run wild! Instead, fight back with strategies like these:

While these actions may not make the NLV disappear entirely, they will blunt its power.

Even if your nasty little voice pipes up, you’ll know better than to believe what it says — and that’s way more than half the battle!