If You Speak English with an Accent, Here’s a Reality Check 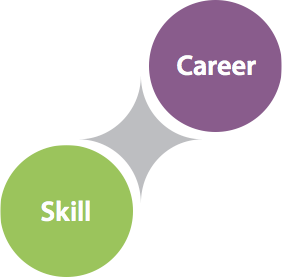 Periodically, someone will call to ask me if I do “accent reduction coaching” — in other words, can I make their accents go away?

As it happens, I don’t do that kind of coaching; but more importantly, I’ll usually ask why they’re interested. And the caller will generally say,

Well, I have an accent, and I’m concerned that this will diminish my business prospects.

I generally notice, and share, two things with the caller:

This being the case, you might wonder why the person I’m talking to thinks that he or she has a problem.

I wonder that same thing.

Americans Are Linguistically Spoiled. Is That Your Problem?

I once had a client who apologized to me for his “poor” English. English, he explained, was his fifth language (the other four were languages spoken in his native India), and he just didn’t feel as fluent in it as he did in Hindi, Bengali, and the two local dialects he’d grown up speaking.

While his apology was utterly sincere, I felt like crawling under the table. I thought:

You speak five languages. I speak one. And you’re apologizing to me???  What’s wrong with this picture?

What’s wrong with the picture is, of course, that — like most Americans, who benefit from English being the international language of business and technology — I’m spoiled.

I expect the world to come to me, linguistically, and so far it has.

But occasionally, there is an American who, rather than being grateful for this extraordinary boon, will choose instead to judge those who haven’t fully mastered our knotty and convoluted native tongue.

My feeling is, if you don’t like how Person X is speaking English…  go ahead and talk to them in their language!

What’s that??  You don’t speak Bambara?  Or Czech? Or Mandarin? Or even French, Spanish, or German!??

OK, Seriously…  You Need to Make Yourself Understood in English

Levity aside, the people who call me do have a real problem:

In order to be successful here, they need to make themselves clearly understood in English.

Speaking well and being understood are the prerequisites for business and personal success in any language — and here, that language is “American.”

The difficulty arises, though, when people think that their accent is what gets in the way of being understood.

Notice that there’s nothing here about accents.

In fact, if accents were an insurmountable issue, people from Boston, MA (my home town) wouldn’t be able to converse with their colleagues from Mobile, AL.

It’s possible that people from North New Jersey wouldn’t be able to communicate with people from South Jersey!

We all have accents — the exceptions being airline pilots, telemarketers, and National Public Radio announcers — and yet we somehow manage to communicate around them.

Even as a non-native speaker of English, you can do the same.

The Rules for Speaking Clearly Apply to Everyone

Once you’ve identified the problem as speaking clearly rather than speaking without an accent, the steps to take are both simple and universal (in other words, applicable to native English speakers as well as people who just arrived in the U.S. last week).

All of these tips are common sense. And each of them can be practiced in just a few minutes a day, while you’re going about your life.

In fact, practicing for a few minutes every day is the best way to master any public speaking skill.

So think of this as a minor make-over rather than a surgical intervention, and:

See how that works?

Audibility (the quality of being easily heard) is all about how you feed your thoughts to the listener — not about the particular way that you pronounce sounds (except for pronouncing whatever sounds you make clearly!)

And one more thing:

Time Will Take Care of Your Accent “Problem”

There are two senses in which this is true:

First, the longer you live and work in the U.S., the more you will acclimate to the way we speak. Differences in phrasing, pronunciation, and dialect that may loom large for the first year or two will gradually fade away as you adjust to an American dialect.

Second, as time goes on, more and more Americans are going to “get with the program” and learn how to talk to people who weren’t born here.

We will have to do that, because Americans who only converse with (or do business with) other native-born Americans will soon be going the way of the dinosaurs. That’s because the “classic” American — white, Protestant, of European descent — is now a minority in the U.S.

To succeed in the near future, we will all need to communicate with people of widely varying ethnicities, nationalities, religions, and languages.

That’s the future, and it’s not too soon to start practicing for it now.

Forget About Your Accent, Keep Your Focus on Being Understood

Let’s return to that reality check we started with:

If you’re talking and they’re listening, you must be doing it right. [tweet this]

So focus on your audience…   monitor their reactions to be sure they understand your ideas…   and do everything in your power to speak clearly, whatever the sound, flavor, or rhythm of your speech!

That’s the way to get people to listen.

And that’s the true measure of public speaking success.