Articulation (ar-Tic -You-LAY-Shun!) is one of the public speaking skills I often suggest that people practice on their friends.

But how do you practice it?

Well — as this performance of “The Rain in Spain Stays Mainly on the Plain” from the film My Fair Lady shows — even when you’re paying attention to your vowels, articulation is basically the fine art of biting off your consonants. 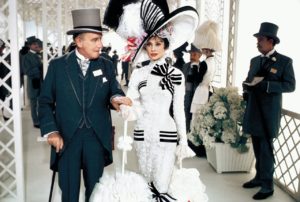 (And by the way, the singer in this famous Audrey Hepburn performance is actually Marni Nixon.)

Why are your consonants so important?

Because, when you’re speaking English, they organize the sound your listener hears.

Speaking (making organized sounds) is actually a complex process, and there are lots of ways that the sound of your voice can degrade or be lost.

But this is much less likely to happen when you pronounce ev-er-y sin-gle syl-la-ble, and put some extra energy into making sure that your consonants sound well-defined and sharp.

Articulation Is a Quick and Easy Speaking Skill

Here’s an example of what I mean:

Thanks to their sharp wit, folksy humor and Boston accents, it took me 20 years to figure out that Tom and Ray Magliozzi — the hosts of  NPR’s long-running show Car Talk, until Tom’s death in 2014 — brought just as much care (and polish) to pronouncing every word they spoke as people who are famous for clean, clear diction.

The first thing you’ll hear when listening to old episodes of “The Car Guys” is their intelligence, warmth and humor.  The second thing I hear is their Boston accents, which I love. (My Dad had a Boston accent, not surprisingly since he was from Boston.)

But the third thing to listen for is the crisp, professionally-honed articulation that made these radio masters so easy to understand. In this brief audio clip, listen to the care and precision with which Ray says:

He makes it sound (laughably) easy, doesn’t he.  Go ahead and say those words out loud; do you sound as crystal clear as he does?

Probably not.  But you could, without sacrificing a bit of “sounding like yourself.”

No One Will Ever Know You’re Practicing Articulation

Of course, they managed to fold that work (or practice) into what, for them, is clearly a pleasurable exercise:  Hosting a call-in radio show.

You can also fold many aspects of your “public speaking practice” into everyday encounters that you enjoy.  If you want to speak more loudly, or more clearly, or more slowly, or more dramatically, practice those things in action, while you’re talking to other people!

You can start small — say, on the clerk at the post office — work up to practicing on your friends, and then finally take it home to the people who know you best.  Pretend that what you’re saying to them is being broadcast, and make your words as clear (or loud or dramatic) as possible.  See how far you can push the boundaries before anybody notices what you’re doing.