Want to get more comfortable speaking to large groups?  It’s easy with the Starbucks Strategy.

To start, imagine that you’re in your local coffee shop.  (Or health club, or grocery store, or multiplex…)

You don’t hear much dull delivery, or see many bored audience members here, do you!?

Everyone Speaks Well When They’re Speaking to Friends

That’s because people are authentic and animated when they’re talking to their friends.

And those qualities are exactly the ones that make you interesting to listen to.

You can bring that same dynamic to any public presentation by imagining that you’re talking to a single friend (or two or three) over coffee.

Yes, it’s a “mind game,” but it’s one that benefits you as well as the audience.

Talk to One Person at a Time, Even When They’re in Large Groups

When you speak to a group of two, three, or four friends, you probably make each of them feel included.

I’ll bet that you:

You don’t continuously sweep your eyes across your two or three or four friends. And you don’t freak out because you have “an audience.”

“Just talking” is also the key to being conversational — personal — with an audience of any size.

Remember that even the biggest audience is just a collection of individuals, and each member of your audience wants to feel that you’re speaking to him or her as an individual.

Plus, here’s the best part:

When you speak directly to one person in your audience, every member of the audience will feel as if you’re talking to them.

I don’t know, cognitively, why this is true, but it works.

Try the Starbucks Strategy, and see for yourself! 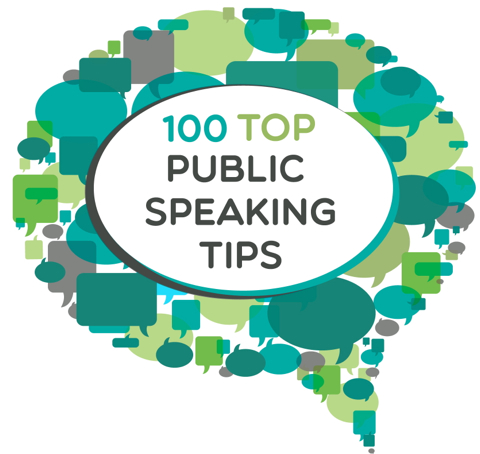