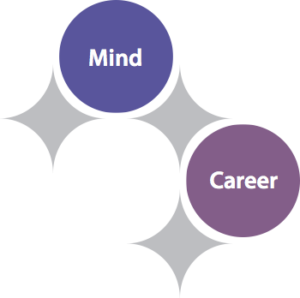 What Is Unconscious Bias?

If you’re like me (in other words, breathing), you can probably list many human qualities, and possibly some groups of people, that you think are inferior.

That’s because — whether bias is hard-wired in us, or a habit from our tribal past — we human beings are really good at noticing how other people are different from us, and then explaining how that difference makes us better than them.

What else are human beings good at?

Absorbing the biased things that others believe, and converting that external prejudice into unconscious bias toward ourselves.

How Does Unconscious Bias Manifest?

There are thousands of ways, but here’s one example:

The 1958 musical South Pacific features this Oscar Hammerstein lyric from the song “You’ve Got to Be Carefully Taught”:

It’s true that bias against other people does have to be carefully taught. (Thank you, Oscar Hammerstein!)

For example, at age 3, my daughter couldn’t remember which of her grandparents were Daddy’s parents, and which were Mommy’s. She didn’t see us as being “color-coded.”

But notice that, even while the character who sings Hammerstein’s lyrics is arguing against prejudice, he’s also reinforcing it by suggesting that his eyes are the standard, and the eyes of South Pacific Islanders are… well, odd.

That’s how hard this stuff is to untangle.

Why Does This Matter for Public Speaking?

It matters because unconscious bias can shape your attitude toward your audience and yourself in ways that can undermine your credibility, weaken your message, and set you up to fail.

From the immigrants who speak perfect English but are afraid they “sound funny”…  to the working-class college grads who don’t think they know “the right” words…  to the women who think they aren’t smart enough, strong enough, something enough to deserve to be heard, almost all of us feel the sting — the undermining potential — of unconscious bias against ourselves.

But fortunately, when that bias is revealed, we’re in a better position to change it.

Revealing What’s Unconscious: There’s an App for That!

OK, it’s not really an app, it’s an on-line experience that takes less than 10 minutes and can surface attitudes that are buried deep in your brain.

It’s called Project Implicit (for “implicit bias”), and here’s how to access it:

At the end of the test, you’ll be told how your level of unconscious bias stacks up against that of the hundreds of thousands of other people who’ve taken that particular IAT.

For example, when I took the Gender-Career IAT (currently next to last on the list), I learned that I have a moderate level of bias against women and careers.

I wasn’t too surprised by this, since I grew up in a white, middle-class 1950s suburb where almost no women “worked” (managing households and raising kids apparently didn’t count as work).

But recognizing the bias helps me take myself more seriously as a professional — and it let’s me help my female clients do the same.

Unconscious Bias is Not the Whole Story, But It’s a Part of the Story that We Need to Tell!

There are, of course, endless cultural and personal reasons why each of us — male and female — struggles in the specific ways we do. Unconscious bias toward ourselves is never a complete explanation, but for many of us, it’s a contributing factor.

That alone makes it well worth exploring. What information, you may well ask! Well, I wish I had a nickel for every time a client has shown up to work on a speech and not known these basic things: The answers to these questions, and many others, will help you craft the best possible speech, because...

You're Never Just Speaking. You're Always Speaking to SOMEBODY about SOMETHING.

That's the bottom line. And you can't do your best without knowing what "somebody" and "something" means in this particular case. Even if the "invitation" is actually an order from your boss, you'll need to know who you're talking to. [caption id="attachment_6864" align="alignright" width="427"] Ask all those questions before you agree to speak![/caption] So before you accept an invitation to speak — or as soon after you've accepted as possible! — try to get answers to the following questions: Basics: Audience: Tech Stuff: And, of course, if you're lucky enough to get paid for speaking, have the all-important fee negotiation during that first conversation, or—if you want some time to think about, or research, what you should charge—set up another conversation to address it.

Ask for Information as If You Need it NOW

Like many of my clients, I find it hard to ask for information when a speech is months away. (After all, you can ask for information as it gets closer, right?) But here's the problem with not asking for information immediately: Face it, that's the moment when you have maximum leverage. The person who wants you to speak will put some energy into answering your questions because they want to make sure you say yes. Once you've agreed to the date, however, you're just another item on their already over-crowded agenda. It may be harder, later on, to track them down or get information, let alone to negotiate terms. So ask for information right away. Book your speech — and then get to work on it!
Loading...
[caption id="attachment_15280" align="alignright" width="1024"]