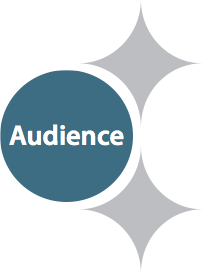 The hardest audience I ever spoke to was also the easiest.

Here’s how it happened:

Several years ago, I got a call from the President of the National Aircraft Resellers Association (NARA), an exclusive group of successful aircraft brokers and dealers, asking if I would speak at their anual meeting in Puerto Vallarta, a resort town in Mexico.

She assured me that NARA’s members were great guys (they are all guys), and would be very interested in my speech on “Messages that Close the Deal,” even though they were pretty different from my usual audience members.

“Different” is putting if mildly!

From my studies of the Myers-Briggs Type Indicator (MBTI), I had reason to believe that most NARA members were in the Experiencer Public Speaking Personality. Experiencers are action-oriented, down-to-earth, no-nonsense, and practical.

As a quasi New York intellectual who writes books and obsesses about feelings, I’m as far away from the Experiencer mindset as you can get.

What Do You Do When Your Audience Feels Alien?

There are two ways to approach any audience, including one that feels like a stretch:

If you’re in the first group, you can pack your bags after a call booking your services.  But since I planned to customize, I had a lot of work to do before heading down to sunny Mexico.

To Learn About the People You’ll Be Talking To, Ask the Experts — Them!

First, I needed to learn about my audience’s actual business challenges, so that I could offer them practical, helpful advice. Through NARA’s President, I contacted three of the group’s broker-dealers by phone, and asked for a primer on their business.

This is always a fun exercise, because most people who are good at their jobs have great stories to tell.  (That’s how they got good; by surviving the crazy situations that make great stories.)  If you’ve never done this kind of audience interview, don’t hesitate; it isn’t hard.  All you have to do is say, “Tell me about your business” and most people are off and running.

In the case of NARA, every person I spoke with was both delightful and eager to help.  I learned about:

Those calls led to three more, and by the time I was done I had spoken to ten people and developed a rudimentary sense of what a life in the aviation business might be like.  I’d also collected stories and specifics that would make my speech more relevant to this group.

What had I been so worried about??

You’ll Never Go Wrong by Getting to Know Your Audience

How do you connect with your audience before a speech?

Some people (they’re called “extraverts“) accomplish this by showing up early at their speaking event and mingling.  Others get an attendee list and start build relationships in advance through Facebook or Linked In.  Still others — introverts like me — like to build their knowledge and establish relationships by phone.

Whatever method you choose, know that your investment is going to pay off.  As you get to know your audience better, you’ll speak to them more effectively:

All of this adds up to more fun for everyone.

And that includes you — even if you’re not an Experiencer! I never thought much about smile muscles until a recent exchange. I was working in a Manhattan video studio, coaching IBM sales leaders on how to deliver selling tips by video; and on our first morning at work, one of the cameramen came up to me and said,

How can you talk and smile at the same time?

I'd never thought about this before, so it took me a few seconds to answer,

Every Smile is Not Created Equal

Image by Ed Yourdon, Flickr/Creative Commons[/caption] You wouldn't think we'd need to practice something we do effortlessly with our friends. But smiling spontaneously when you mention something positive at lunch isn't the same as smiling continuously while you critique people's pauses, pronunciation, and — sometimes — their entire attitude toward what they're doing! That kind of work-related smiling requires something you may not have thought about: cheek muscles. To build the cheek muscle strength you'll need to smile and talk for long periods of time, try this exercise:

If You Can Walk and Chew Gum, You Can Talk and Smile

This isn't hard, but it may feel awkward the first time you try it. Stand in front of a mirror and smile at yourself while saying things like, The reason I suggest these phrases is that speakers (and people in general) often neglect to smile while saying words that should indicate pleasure. Words = pleasure, but Face = serious. The disconnect is going to unnerve your listeners or perhaps lead them to conclude that you don't mean what you're saying. While you're saying these, or other, pleasure-indicating phrases, notice (by watching and sensing your own body) what your cheek muscles are doing. To put it simplistically, they're holding up your mouth, right? Notice that it takes a little effort to hold up your cheek muscles and mouth while your lips, tongue, jaw, and throat stay relaxed and loose so that you can speak without looking (and sounding!) like you just got a round of botox injections. Like I said, this may be a little awkward at first. But it won't take long to get the hang of it — probably much less time than it took you to learn how to ride a bike.

Catch Yourself Speaking with a Smile

As with all kinds of public speaking practice, you want to build on a positive sense of what you're trying to accomplish. So as you go about your day, What you do when you’re relaxed and feeling positive is what you want to aim for when you practice. That way, you don’t have to re-invent the wheel — you just have to catch yourself doing it “right,” and then copy yourself! And how much smile is enough (you may ask)? This YouTube video by yours truly gives one answer:
Loading...