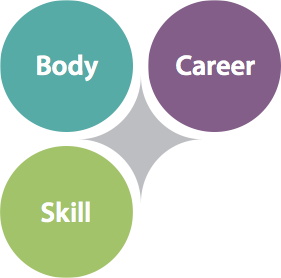 What Is Upspeak, and Why Should You Care?

Let’s start with something so obvious that you may not have thought about it: When you want to ask a question (and you’re speaking American English), your voice rises at the end of what you’re saying, like this:

But sometimes, people’s voices rise at the end of a thought when no question is intended, as in the second part of this next example:

Upspeak — or “high rising terminal” (HRT)  — refers to the pitch of someone’s voice rising at the end of a statement that’s not a question. And its nickname (“Valley Girl talk”) gives you a clue as to why this habit can be such a problem for young women.

Now, in reality, it may be that upspeak is not so much a female phenomenon as a millenial one:

…it appears to be more common among young speakers (Wikipedia, High Rising Terminal).

And it may be that upspeak is nothing but the future of English, with women doing more of it because women are language innovators:

But whether or not those things are true, you can be certain of one thing, which is that…

Women Get Judged More for Upspeak than Men

When young women use upspeak, it’s thought (by older people) to indicate ditziness, lack of intelligence, lack of seriousness, and/or lack of self-confidence.

When young men use it, upspeak may go unnoticed — or, if it is noticed, it’s not as likely to disqualify the speaker in other people’s eyes because men are judged on their future “potential,” while women are judged on current performance and required to prove themselves over and over. (Harvard Business Review’s 2013 “Women in the Workplace: A Research Round-Up” is just one place you can verify this.)

Is that discrepancy not fair?

But if you’re a young woman who’s trying to get established or get ahead in today’s workplace, it’s also a reality that you shouldn’t ignore.

The question is: What are you going to do about it?

My vote is that you lose the upspeak when you’re on the job.

Good Public Speaking Is About Choice

They can speak loudly or softly…   rapidly or slowly…   and with more or less emphasis,  depending on the situation they find themselves in.

This ability to respond flexibly to conditions on the ground gives them confidence and control; and you should, IMHO, strive for the same flexible control when it comes to upspeak.

It isn’t hard to reach that goal, but it does require some effort and focus.

How to Lose Upspeak, If You Choose To

The first step to losing upspeak — or any other public speaking habit that you think might be holding you back —  is to notice every time you do it.

2. Come to a Full Stop at the End of Every Thought

The second step is to work on ending every sentence with a period and a pause.

This will effectively end the upspeak because — when you bring every thought to a firm, definitive close — your voice will automatically go down instead of up.

And don’t let the sound of your voice drift off just because the pitch is lower! Your entire thought is important, so make sure people can hear even the last few words.

Enlist a friend or trusted colleague to point out every instance of the behavior you’re trying to change. (They can punch you in the arm every time they hear upspeak, or signal you with more subtlety!)

Enjoy Being a Versatile Public Speaker

Upspeak is a habit you can easily do without.

And if you miss it, don’t worry!

You can always revert to old ways when you decide to, once you’ve learned to turn it on and off!