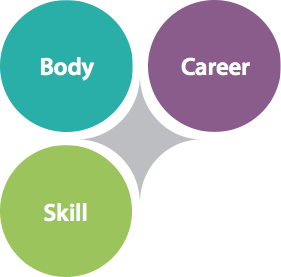 To uhm is human; to pause, divine.
—Shakespeare

OK, The Bard didn’t quite say that.

But he might have, if he’d been deluged with the uhm’s, uh’s, like’s, y’know’s, whatever’s, and really’s we all hear everyday.

Sometimes, we even hear them coming out of our own mouths.

Perish the thought — or rather, the uhm.

What’s the Problem with Filler Words?

There’s no intrinsic problem with meaningless filler words like uhm.

We all use them occasionally, and that doesn’t diminish the value of what we have to say.

Similarly, when your speech or comment has lots of filler words, you’re passing up another option that should be a staple on your speechmaking menu: silence.

Silence —the lack of sound that occurs when you pause from speaking — has a value that empty uhm’s lack. It:

This makes silence a much better bet for public speaking than filler words or other empty syllables.

But how do you break the “uhm” habit and learn to confidently pause instead? Here are two things to try:

Give Those Uhm’s the Double Whammy

Sometimes, when you’re breaking a habit, a two-pronged approach works best. So here’s how to hit your habit of using filler words from two directions at once, and hopefully squeeze it out from the middle:

If you’ve ever taken a road trip with a young child, you may have been exposed to a  game called “Punch Buggy.”

The buggy in the title is a Volkswagon, preferably of the vintage sort, and the game is simple:

Whoever spots a VW first gets to punch the person next to them in the arm and yell “Punch Buggy.”

Yes, it’s silly, but it gets your attention; so ask your friends to do this whenever they hear you use filler words. (Well, skip doing it in high-powered meetings; and the yelling of “Punch Buggy” is optional.)

It takes about a second to say the word “Mississippi”; hence the practice, which you may know, of counting down time by saying “One Mississippi, two Mississippi, three Mississipi…”

Next time you’re speaking out loud to somebody, try silently repeating the phrase “One Mississippi” at the end of every sentence.

While you’re doing this, you won’t be talking; therefore, by definition, you’ll be adding silence to the exchange, in place of the filler words that used to occupy that space.

To Take Away Sound, Add Silence

Before you know it, you’ll have built your tolerance for adding silence — and the filler words that used to crowd out your pauses will be just a very dim memory! Does the idea of public speaking make you want to (metaphorically) jump off a cliff? Lots of people feel that way, which is why my book, Speak Like Yourself...  No, Really!, tells you emphatically not to jump! Now, generally speaking, this is good advice. There's are lots of times to not jump, including: [caption id="attachment_5728" align="aligncenter" width="1024"] Illustration by Carol Goldberg, from SPEAK LIKE YOURSELF… NO, REALLY![/caption] Jumping isn't necessary in any of these situations because (as you can see from the illustration above) there are steps cut into the cliff face that will lead you across if you take them one by one. But there is one situation in which "jumping" — as in, taking a leap of faith — is useful, and that’s when you stand before an audience. At that moment, throw yourself passionately into your speech.

Why Go to the Edge of Defeat? Because That's Where the Big Gains Are!

Going to the edge of defeat means risking failure to achieve greater success. It means not holding anything back — throwing yourself 200% into the speech you're delivering! As you stand before your audience, gathering yourself to begin a speech, you have three possible choices. You can decide to: In many situations, #2 — a prudent mix of care and flexibility — is your strongest choice. But there's something truly wonderful about sometimes taking door #3.

How Do You Go to the Edge of Defeat? Good Question!

At this point in most of my Top 100 Public Speaking Tips, I would be offering a list of concrete actions you can take to achieve the desired effect. But this time, I have no list. That's because, while it's exhilarating to take a bigger risk for the possibility of bigger reward, I can't tell you how to make that leap. All I can say is that it's the mental equivalent of physically jumping. When you bungee jump — or even jump off a tool shed into a snowbank, as we used to do when I was a kid — there's a moment when you release your inhibitions and push your body off the solid ground into the unknown. This feels the same way.

Give Yourself a Public Speaking Pep Talk, then Jump!

To embrace the edge of defeat, you may need to tell yourself, "Go on! Jump!!" I’ve always loved the way this freedom is illustrated in the 1993 film Searching for Bobby Fisher. In it, chess prodigy Josh Waitzkin  — who's been studying with a stern and methodical chess master — reconnects with his first teacher, the street hustler Vinnie (played by Lawrence Fishburne), and with the joy of abandoning caution and jumping into play. (To watch that scene from Searching for Bobby Fischer download this clip.) So usually, I would say "don't jump!" But when your motive is to throw off the mental chains that hold you back be authentically present for your audience...  do it! The Public Speaking Process Is... Many Things

People often ask me how long it will take for them to become a great public speaker — and of course, the answer is, "I don't know." That's because I don't know...

The Public Speaking Process is Physical Serena Williams didn't get this strong overnight.[/caption] The physical things about public speaking include posture, how you move on stage, how you make eye contact. But at an even more basic level, public speaking involves the physical process of making sounds.  Doing this in a consistent and dependable way takes a lot of physical practice. You can't rush that, anymore than you can rush becoming Serena Williams or Rafael Nadal.

The Public Speaking Process Is Mental Steve Jobs didn't become a breakthrough thinker overnight.[/caption] Every person has a natural way of organizing his or her own thoughts: Some of us are very linear. Some of us like big picture concepts. Some of us are random thinkers, jumping from one idea to the next. Some of us are literal, others intuitive, etc., etc. There's no wrong way of thinking for a public speaker. But expressing your ideas in a consistent and dependable way that other people understand takes a lot of practice. You can't rush that, any more than you can rush becoming Marie Curie or Steve Jobs.

The Public Speaking Process Is Social

Reading your audience is a big part of any public speaker's job, at every step of the way:
As with the mental and physical parts of public speaking, this social ability to read and interact with the people who are listening to you grows with time and effort.

Public Speaking is a Physical, Mental , and Social Process

It's a process, not a destination. So if you're asking, "Are we there yet?" the answer is, "We're on the right road. Relax and enjoy the scenery!" There will never be a moment when any of us — no matter how skilled, experienced, or dedicated  — run out of things to learn, or improve upon, in life and as public speakers. Becoming a great public speaker can be an exciting, exhilarating, and rewarding process; and it can help to have a guide. So if you're ready, contact me and we'll begin. But don't ask me to tell you how long it's going to take! [caption id="attachment_15421" align="aligncenter" width="1024"]