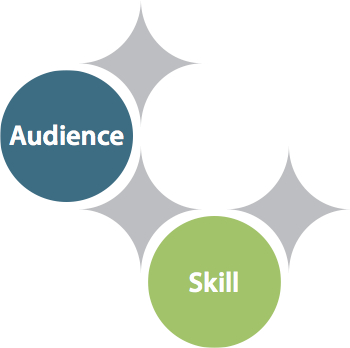 Lately, there seems to be a real prejudice in the public speaking world against reading a speech (as opposed to delivering it from memory).

But there are many good reasons to consider reading. Here are a few:

1. You want to maintain close control over the tone or the timing of your speech (or both).

2. You want to give a smooth, suave impression, which comes from moving “seamlessly” from one point to the next.

3. You want to convey effortless ease, but don’t have time to memorize your remarks.

In each of these cases (and others), the best way to achieve your goal is to write down what you’re going to say, practice it, and then stay pretty close to your script when you deliver it.

How do you stay close to your script?

Convinced? Here Are 8 Ways
to Make Your Script Easy to Read

Back in the Day, Everyone Read Their Speeches

When Abraham Lincoln was on the train to Gettysburg, Pennsylvania, to give the speech that would turn out to be the most important of his Presidency (maybe, of American history), he didn’t decide to wing it. Instead, he got out paper and pen and wrote down what he wanted to say.

I don’t know whether Lincoln read from those notes when he delivered what we now call The Gettysburg Address — but if he did, I’m willing to bet that he wasn’t embarrassed to be reading.

Lincoln knew that this speech — intended to reunite the U.S. after four years of horrific civil war — needed to make a powerful impact, and he wasn’t about to leave that to chance. 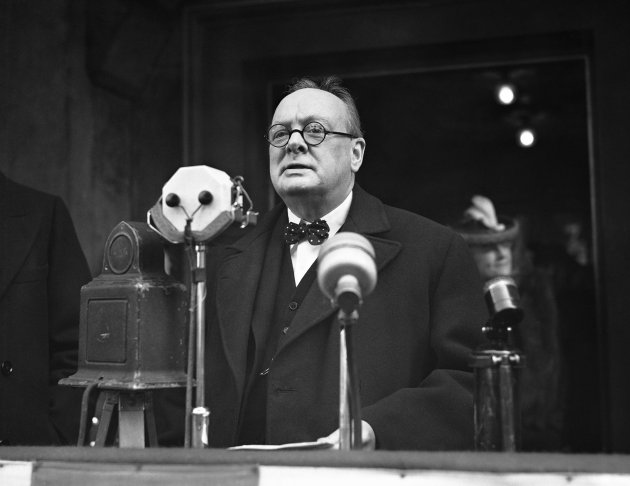 Similarly, look at this 1939 picture of Winston Churchill telling the House of Commons that Britain was about to enter World War II.

What’s that he’s holding in his left hand?

8 Ways to Make Your Script Easy to Read

If You Don’t Want to Read Your Speech, Blame TED

If carrying paper onstage was good enough for Winston Churchill, you may wonder why so many of today’s speakers balk at doing it.

The answer, I believe, is TED.

One TED performance practice that has caught on widely is not using notes when you deliver a speech.

The purpose of this practice is to make TED speeches appearance spontaneous — and originally TED speakers actually did speak off the cuff.

But that hasn’t been the case for many years now.

Instead, the TED talks that receive national attention today are:

And it’s not just that TED pours thousands of dollars into making each speaker look good. The speakers themselves put as much of their lives as possible on hold while they go through this training regimen.

Unless you’re planning to undergo the same exhaustive and months-long process that TED speakers go through, please don’t kid yourself that not using notes will, in and of itself, make you look more like a world-class speaker.

Giving a good speech is what will make you look like a world-class speaker!

And if using notes (or cue cards, or any technology that’s available to you) helps you to prepare, practice and deliver a better speech in the time that you have available, why would you not use them?

As long as your fact isn’t buried in a script, your audience doesn’t care that you’re reading.

They just want to connect with you and get value from the ideas that you’re presenting to them.

If I’ve persuaded you that it’s OK to read a speech (and I hope I have!)…

Here are some tips to making your reading more exciting.