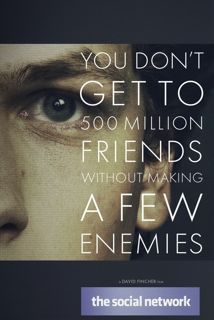 It’s easy to forget how recently Facebook came into all our lives.

I got my first dose in 2007, when my daughter Laurika went online at the appointed hour and discovered that she’d been admitted to Yale.

When we were done screaming with joy and (in my case), melting with relief at the financial aid grant, it occurred to me that I’d just seen a new communications protocol in action.

A week later, an actual letter arrived — but it wasn’t an admissions letter.  Instead, it listed the names and home cities of Laurika’s suite-mates.

“No phone numbers,” I noted astutely.  “What if you want to contact them?”

“Don’t worry,” she said.  “My roommate already friended me.”

The last thing I ever thought, on that day when Laurika first schooled me, was that I’d be explaining Facebook to the younger generation.  But since then, I’ve had many opportunities to “explain” to nieces, nephews, and most recently, my godson that the stuff you put on Facebook is public.

That cute little quip about what a whore you are?  Public.  (Obviously, or Auntie wouldn’t be busting your chops about it!)  That suggestion about where your best friend can stick his [rhymes with stick]?  Public.  That picture of you puking your drunken guts out?  Public.

These aren’t tragedies, like the suicide of a Rutgers freshman whose roomate live-streamed a video of him having sex.  But they are going to be kicking around cyberspace for roughly the half-life of plutonium, which is forever.

Like many older professionals, I’ve struggled to remember that Facebook can be useful, or that it might make sense to tell the world when I have a semi-interesting thought about — well, anything!

(My creative strategist Melea Seward laughed at me once when I recently said I’d taught a great class at NYU’s School of Continuing and Professional Studies. “Why didn’t I read that on Facebook?” she asked. Answer: Maybe cause I was born in the year they introduced color TV??)

But there is such a thing as Too Much Information — and every Baby Boomer I know is grateful that there was no Facebook around to capture the stupid, selfish, and scary things we pulled when we were young.

For the most part, our youthful screw-ups took place in private, in a world where such a thing as privacy existed; and no public record meant that our “indiscretions” stayed discrete.

Its hard it convey the value of that to someone who started using Facebook at age 12. But trust me, Wonderful Young People: The day is gonna come when you cringe at the Facebook record of your youthful antics.

So when you’re tempted to tell the world about something you wouldn’t tell your auntie, remember: Your Auntie Is Reading This!!