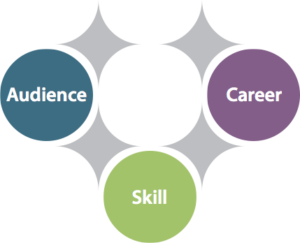 In Public Speaking Tip 60, I extolled the practice of making Instant Speeches about silly or mundane things to improve your public speaking skills.

And while we’re on that subject, here’s another way that you can benefit from letting yourself say things that aren’t brilliant, essential, original, or erudite:

You’re an Introvert, or Have Nothing Important to Say in a Meeting? Speak Up Anyway!

As an introvert, I totally understand the impulse to keep quiet when you have nothing “important” to say.

And I’m not suggesting that you say stupid, counter-productive, or clueless things in meetings.

But in between the idiotic and the sublime, there’s a world of garden-variety comments that your colleagues are more than willing to make, and that you should consider making, too.

Because you’re better off contributing something in meetings so that you don’t get overlooked.

In Meetings, It’s Important that You Be Heard

I’m a fan of the Myers-Briggs Type Indicator (MBTI), a test that explores the ways in which you prefer to think and act in the world. (To learn more, see these posts about Public Speaking Personalities.)

MBTI folks are big on measurements, and one thing they’ve measured is: Are extraverts, who tend to speak a lot in business situations, regarded more favorably than introverts, who often speak much less?

The answer they came up with is hell, yeah!

In test after test, it’s been established that if you say nothing during a business conversation (or worse, a series of conversations), your value will go down in the eyes of your colleagues.

To put that differently: No one has ever sat in a meeting and thought,

I’m so glad that my introverted or shy colleagues have the self-restraint to refrain from making comments that aren’t of real significance to this meeting. It’s a pleasure to work with such thoughtful people.

Lest you think that the only reason to speak up in meetings is to raise your profile in front of others, “relatively inconsequential” comments can actually foster calm, confidence, and collegiality — to everyone’s benefit.

Here are some examples of non-essential comments that are likely to have a positive effect:

Am I the only one here who’d like more time to think this over?

Comments like these are perfectly acceptable contributions to the flow and tone of a meeting, and are a good choice when you don’t have a critically important point to make.

If you’re not used to speaking up at meetings, you may feel awkward the first few times you try this Tip.

To overcome that, practice jumping into the fray at least once in every meeting — don’t wait for the “perfect” time, just jump in! — and build up gradually until you can make yourself comment near the beginning, near the end, and somewhere in the middle of any meeting that lasts longer than a few minutes.

I promise that the more you practice speaking up, the easier it will become.

And you may be surprised at how much your colleagues appreciate whatever contribution you make.

P.S. For an accurate and hilarious look at this topic, treat yourself to Sarah Cooper’s 9 Tricks to Appear Smart in Brainstorming Meetings.