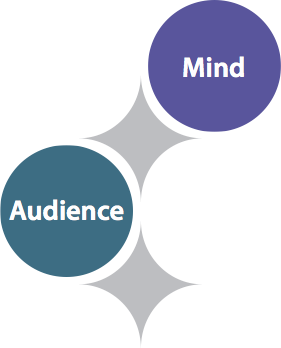 NOTE: This piece was written before the U.S. presidential election of 2016, which dropped the bar for political discourse below zero. It’s a reminder of kinder, gentler communications times.

If you’re sick of “political speech” that sounds like it’s coming from first graders, you’ll understand how glad I was to see Jerry Mouch’s masterful missive to the United States Congress’s Speaker of the House John Boehner in the Cleveland Enquirer.

Read what Mouch wrote, and then I’ll comment on why it works so well:

John, I consider you a friend of mine. We’ve known one another for well over 50 years. Our parents knew each other, were friends and neighbors in Reading. Our family businesses were directly across the street from each other for over 70 years. But John, what the hell are you doing?

You’ve got nothing more pressing to do than sue a president who was elected twice by the majority of voting Americans?

You say “the majority of Americans are frustrated.” I agree, but not with this president. They’re frustrated with the childishness of those purporting to serve all the American people.

The majority of Republicans are frustrated. Sure, I get that. But everything shouldn’t come to a halt because you don’t control the White House. By the way, you better get used to that too. You won’t get that back by appealing to Old White Guys.

Now, how about a round of golf at Sharon Woods on Sunday? On me. I’ll need 2 a side.

Mouch Demonstrates How to “Rebut Their Ideas”

After his mild, man-to-man opening (“John, what the hell are you doing?”), Mouch stays focused on the issues, not on Boehner himself.

Mouch Bookends his Critique with Reminders of Connection

Reminding Boehner of their shared history, as Mouch does at the beginning of his letter, is not just a way of establishing his bona fides (his qualifications for commenting).

It’s also a way of lowering the temperature by saying that he speaks without ill will.

And Mouch reasserts that point at the end of his letter by inviting Boehner to play some golf. His point — which he makes loud and clear — is, I’m your friend, but I disagree with how you’re acting.

In fact, you could argue that I’m your friend, but I disagree with how you’re acting is really Mouch’s Key Message, and that this letter follows the Instant Speech format of opening and closing with your Key Message (most important thought) and supporting it with three points. In Mouch’s case, these are:

He then goes on to ask for what he wants (“…roll-up your sleeves and get Washington moving in the correct direction”) before closing with his golf invitation.

Is Jerry Mouch a Republican or Democrat?

The beauty of this letter is: it doesn’t matter. He’s written to Boehner as a citizen and a friend, and dodged any hint of ideology.

So will this letter change Boehner’s position about suing the President?

That seems unlikely — and it’s important to note that no matter how elegantly or eloquently you express yourself, you can’t make someone else think what you want, or act the way you want them to.

Still, if anything is likely to give Boehner pause, this letter would seem to be that thing.

And in a world of partisan bickering, it’s good to be reminded that friends can disagree. 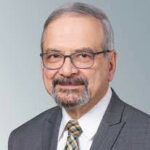