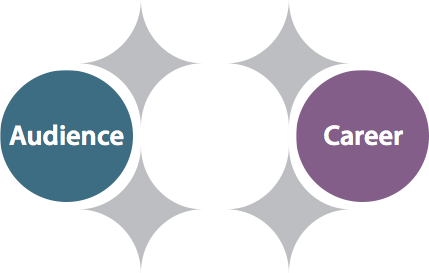 You know the expression about seeing the glass as “half empty” versus “half full,” right?

How about this one:

You can catch more flies with honey than with vinegar.

Leaving aside the question of why you’d want to catch flies (and yes, I know it’s a metaphor), this old expression refers to the fact that sweetness makes you more approachable than sourness — and therefore, more likely to get whatever you want!

For Public Speaking, Half Full of Honey is Almost Always Better

I recently thought about these old adages while working with a client who’s the Director of Diversity at a global corporation.

She was preparing to give her Board and Senior Leadership (the CEO, CFO, COO, etc.) an update on their diversity and inclusion programs — and the picture was mixed:

So here was the question: Should she praise her high-level audience for their support (“half full”), or confront them with what hadn’t yet been accomplished (“half empty”)?

My client mentioned that an “older Black gentleman” on her team (my client is also Black) had suggested the latter course — exhorting her to exhort them to do more — and she was tempted. But she wisely chose the glass half full of honey, and praised her powerful audience for supporting her goal of “continuing to move the needle on diversity and inclusion.”

Not Sure Whether to Praise, Exhort, or Even Blame? Think About Audience, Context and Power

I’m also a veteran of the 1960’s — a time of rapid social change — so I sympathize with my client’s teammate who wanted her to raise a ruckus. But here’s why his approach would have been wrong in this case:

When You Have the Public Speaking Power, Don’t Abuse It!

Of course, there is an exception to the “glass half full of honey” approach, and this is it:

If you’re the boss, and you’re speaking to an audience of people who have seriously messed up, you get to be as negative, critical, even condemnatory as you want.

But RESIST THAT TEMPTATION!

Too many managers, bosses, and senior leaders abuse their power and treat the people who report to them like dim-witted screw-ups who can’t be trusted to tie their own shoes.

No wonder so many people hate their jobs!

Even if you have the power… even if you have cause… and even if you won’t suffer immediate consequences (like getting fired yourself), think long and hard before you dump a half-empty glass of vinegar on your audience. Aside from revealing your own anxieties and insecurities, this approach almost never works.

So whether you’re a “glass half empty” or “glass half full” kind of person, keep your public speaking positive, and lead with praise and good news whenever you can.

Your audience will respect and appreciate you for treating them well…

And they might just help you move the needle forward!