Nobody needs to be told that job hunting is stressful—or that prolonged unemployment, like any other ongoing struggle, can wear us down, sap our self-confidence, and lead to feelings of powerlessness that make it even more difficult to find work.

That’s why, in the lyrics to her song God Bless the Child, Billie Holiday wrote, “Them that’s got shall get / Them that’s not shall lose. / So the Bible says / and it still is news.”

To “get,” we have to seem like somebody who’s “got”—and the less we’ve got, the more important this mental sleight-of-hand becomes.

How Does a Winner Feel?

In his new book, The Winner Effect: The Neuroscience of Success and Failure, Ian Robertson explains how the chemicals that flood our brains when we win in the job market are the same ones that control drug addiction: dopamine and testosterone. 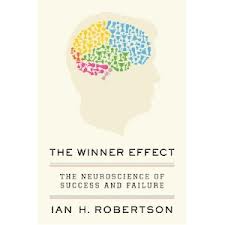 According to Robertson, these substances change your brain chemistry, making you smarter and more focused, but also more aggressive and less empathetic to those who you perceive as losers. (That would be all of us who don’t keep our money in the Cayman Islands.)

What does this mean for job interviews?

You don’t want to come off as arrogant and insular aggressive, like the three Detroit executives who flew to Washington in their private jets to beg for government bail-out money.

But you do want to treat your interviewer like an equal, to show that you don’t feel one-down.

Even though, objectively, the interviewer has control over what you want most—a job—your best strategy is to trick yourself into ignoring that fact, and engage in a warm, collegial, and interesting conversation, as if this was a conversation you really wanted to have.

This will signal to your interviewer that you are confident, and worthy of respect. It will make it easier for your interviewer to like you, since we tend to like people who like us. And, perhaps most importantly, it will boost your own confidence, because your body chemistry will take its cues from your behavior.

It doesn’t matter if you actually feel like a winner. What counts is that you act like one; and you can trick yourself into acting that way.

Fake It ‘Till You Make It Means Faking Out Yourself! 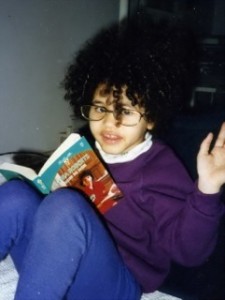 When my daughter was four, she took a standardized test to assess her readiness for kindergarten. (If you don’t live in New York, don’t even try to make sense out of this!)

Since the test consisted of play tasks, my husband and I figured that Laurika would never know it was a “test” if we didn’t use that word. Instead, on the appointed day, we said,

“Hey, guess what! We’re going for a ride on the subway, and then we’re going to meet a new grown-up who wants to play with you, and if she’s nice and you like her, you can play with her, and if you don’t want to, then we’ll go do something else.”

This is roughly the story you want to tell yourself before a job interview:

“Hey, I’m going to go meet a new person. Maybe they’ll be interesting, and if they are, we’ll probably have a good conversation. And if they’re not, at least I’ll give it my best and then I can go do something else.”

Now this story leaves out a big chunk of truth (like that it’s a job interview!)

But imagine if I’d told my daughter, “You have to be nice to the person who’s giving you the test, and you can’t do anything wrong because if you fail you aren’t going to get what you want and everybody’s going to be unhappy.”

Of course, it’s easier to have a good attitude during your interview when you’ve thought about what you’re going to say, and how.

That preparation is the first step to success in any public speaking situation, so start thinking positively now.

You can do this!! Go out and get that job!