OK, grammar geeks; settle back for a quick refresher on the active versus the passive voice.  (And if you didn’t receive my newsletter this month, click here for “It’s the Tray Table’s Fault” and here to receive  monthly issues.)

A statement in the active voice features someone (the “subject”) who is doing something  (the “verb”) to someone or something (the “object” of the verb).  (The subject can also be in a state of being: “He is tired,” or “She was elated.”).  This brief, droll video explains subject-verb-object sentences in the active voice:

These statements are in the active voice:

In the passive voice, the object (thing acted upon) becomes the subject (actor), giving you:

You can see that, except in the Toys R Us™ case, the passive voice weakens your sense of human agency.  Although we know that someone is responsible for the wrecked car and the fired shots, “they” are unnamed, unidentified, and hovering dimly in the background, like the Ghost of Christmas Past. 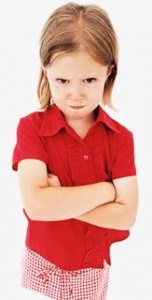 The likelihood that “somebody” will be called to account depends on what they’ve done, and to whom.  In my first example (“the car is wrecked”), the car’s owner will push for accountability (“The car is “wrecked”? Who wrecked it??”).

But in the second case (“They fired shots into the crowd”), accountability is more easy to avoid.  And in a situation where responsibility is even harder to assign (“Unemployment rates fell more slowly than predicted”), the passive voice doesn’t just hide who’s accountable — it hides the very fact that no one really knows what’s going on.

“Weak” Is in the Eye of the (Ir)responsible

When I learned about the passive voice in school, we were taught that it was weak: and, in general, that’s true.  But passive voice does one thing very powerfully, and that’s deflect responsibility.

The passive voice accomplishes this without distorting the truth, inventing lies, or naming things their opposite.

It’s the perfect grammatical construct for our times.