I recently wrote a blog post called For Public Speaking (and Business) Success, Pick Up the Phone.

The idea was that, no matter how good your social media skills, there comes a moment when you just can’t beat hearing someone’s voice, in real time.

When that need strikes, you should pick up the phone. But what do you do once you’ve dialed the other person’s number?

Here are some phone tips for the telephonically challenged (and all the rest of us!):

If You’re Using a Cell Phone, Use It With Care

First, be aware of the great divide between cell phone and land line reception.

If you’re calling someone over 40, I strongly recommend that you use a land line, because people over 40 have this strange attachment to good sound quality.

But if you must place your call using a cell phone,

When the other person picks up the phone, you should always go through these steps, in this order.

Notice If The Other Person’s Situation Changes

When you’re talking to someone on the phone, their situation can change abruptly. And, unlike with an email that can be put aside, the two of you will have to ride that wave.

People appreciate it when you show sensitivity to their needs, so along with the phone tips above, keep your ears open for things that might indicate a change of plans;

Whatever they want to do, agree! Don’t try to keep someone on the phone if their kids are fighting or their office fire alarm has gone off.

Treat them with the same consideration you’d show during an in-person meeting.

Don’t Forget Your Attitude of Gratitude

As busy as most people are today, their willingness to talk to you by phone is a real compliment. So let them know you appreciate it, by saying, “Thanks for taking the time to talk,” or “It’s been great to speak with you.”

You don’t need to send a personal note, as you would for a job interview. But if any business has been done, send a follow-up email that states (again!) what was decided, and how much you appreciate their time.

Good Phone is a Way to Stand Out

As crazy as things are, and as busy as people are these days, nothing stands out like competence and courtesy. If you can deliver both, you will come across as a rare and invaluable person.

So all of these phone tips really boil down to one thing:

Learn how to communicate courteously by phone!

The people you’re talking to will be grateful. 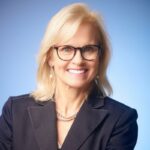 In 2010, a movie called The King's Speech made public speaking its dramatic focus. In it, British actor Colin Firth explores the anguish that people feel when they're cut off from their natural "voice" — meaning not just our physical voices, but our feeling that we have the right to express what we think and feel, the right to be heard. Firth's character (King George VI) suffered from stuttering, an extreme form of speaking inhibition. But we're all cut off from our voices — from the right to be heard — at some level, because that's what the process of growing up and entering society is all about.

How All Our Voices Get Cut Off

Babies can scream for hours without tiring[/caption] You may have noticed that babies scream loud, long and without interruption when they want something. They can literally do this for hours! (My daughter, when she was a baby, occasionally demonstrated this in places like the subway or the International Arrivals area at JFK Airport.) Because this expression of innate baby power is both embarrassing and socially unacceptable to adults, we parents quickly step in to contain the damage (by removing the screaming child), or offer "correction" in forms that range from mild to severe and can include lecturing, shaming, smacking, and even (ironically!) parental screaming.

Children Who Are Silenced Become Adults Who "Can't" Speak"

What this inevitably creates — ten, thirty, fifty years later — is an adult who, at some level, doesn't believe they have the right to be heard. I know this because, day after day after day, my public speaking clients show up for coaching sessions and explain that they're terrible speakers because there's something "wrong" with them: Their accents. Their vocabulary. Their credentials. Those twenty extra pounds. In fact, what's "wrong" with them is that they've lost the sense of deserving to be heard that they started out their lives with. We all have.

In The Kings's Speech, one man who was unloved, ignored and tormented in childhood is literally unable to speak as an adult, yet finds that his entire country's fate is riding on words he can't get out of his mouth. Is that an extreme example of public speaking trauma? Yes — but it's one that most of us can identify with! So be inspired by King George VI's struggle. Be moved by his hard-earned victory. And don't stop fighting until you've reclaimed your right to be heard, because the world needs to hear what you have to say!

We'd all like to sound (and feel!) cool, calm, collected, and prepared when we're called on to speak off-the-cuff or to answer an unexpected question. The Public Speaking Rule of 3 is a great technique for accomplishing that goal... and here are three examples of how:

1. Media Interviews:  Use the Rule of 3 to Transition to What You Want to Say

The first rule of media training (after sitting up straight and being well groomed) is to answer the question or comment on the topic that you want to discuss, not the one that's posed to you. Use the Rule of 3 (in this case, three steps) to make that transition:

2. For Off-the-Cuff Remarks, Use the Rule of 3 to Make an Instant Speech

Just because you don't have time to write, research and practice a speech doesn't mean that you can't make meaningful and highly professional impromptu remarks. You might have noticed that the Instant Speech format uses the Rule of 3 twice! Maybe that's what makes it so powerful! (Learn more about Instant Speeches.)

3.  Make The Rule of 3 Your Fallback for Everything

The habit of speaking in groups of 3 is an easy one to cultivate, and can make all your public speaking sound more authoritative: I could give another example (or three), but you've already got the point, and the Rule of 3 helps me quit while I'm ahead. Which may be it's biggest benefit of all! [caption id="attachment_16444" align="alignright" width="1024"]